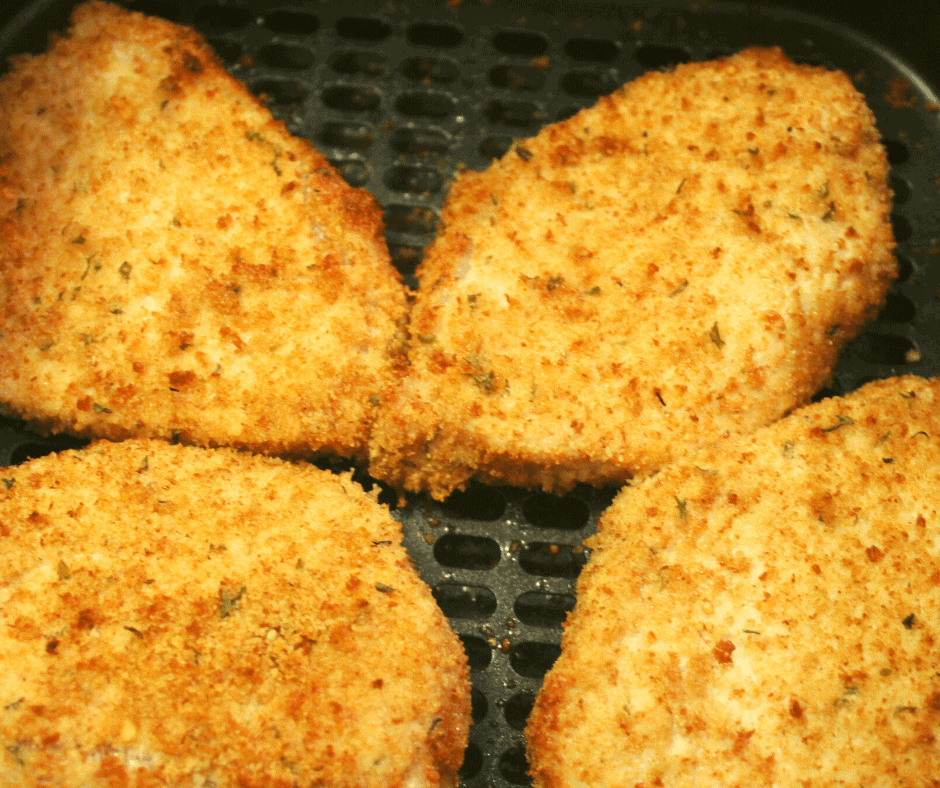 Today, I am bringing you one of the easiest and best recipes for pork chops that I ever found and tried. My son Jason thought they were so juicy and delicious, he decided they were actually chicken. Because “they weren’t dried out like pork.”

Now, I started off by making my own Shake and Bake, which is incredibly easy and pairs well with this meal. So, if you have 3 minutes, and want a great and easy meal. I would recommend making that too.

There is nothing more American than a meal of Pork Chops and Applesauce, I and many, many of you grew up with the same weekly dinner.

It is still one of my favorite ways to prepare pork chops, and if you haven’t checked out my recipe for Shake and Bake Pork Chops, it is found here.

Let us talk about pork chops, because the meat used in the recipes for “pork chops,” are not all the same.

Pork chops come from the meat in the center of the pig. There are actually five cuts of meat that are considered pork chops, they are:

Here are some hints for cooking a nice and flavorful pork chop:

If you haven’t been following our Air Fryer Adventures, head over to Inspiring NH Kids and follow us. I post a lot of Air Fryer Recipes.

Coat the pork in Shake and Bake. (This is my homemade version) 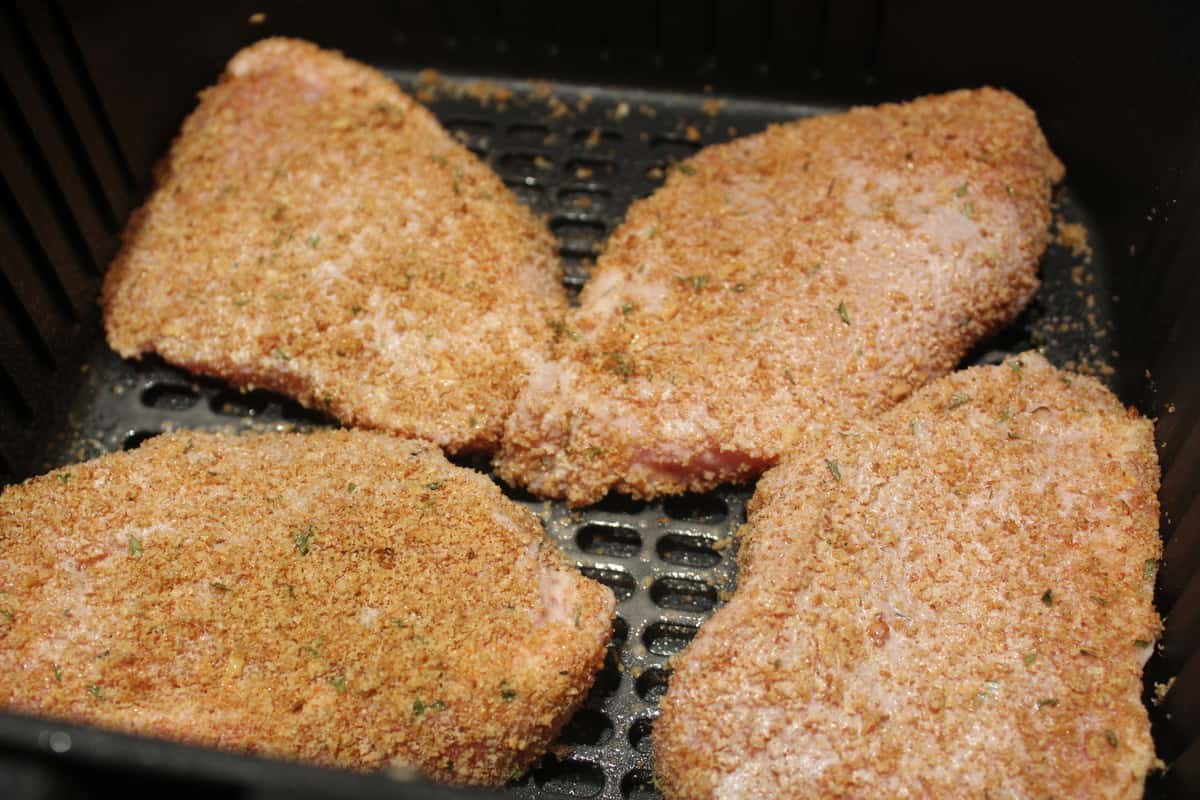 Place the coated pork chops into your Air Fryer Basket, I sprayed mine with olive oil cooking spray. 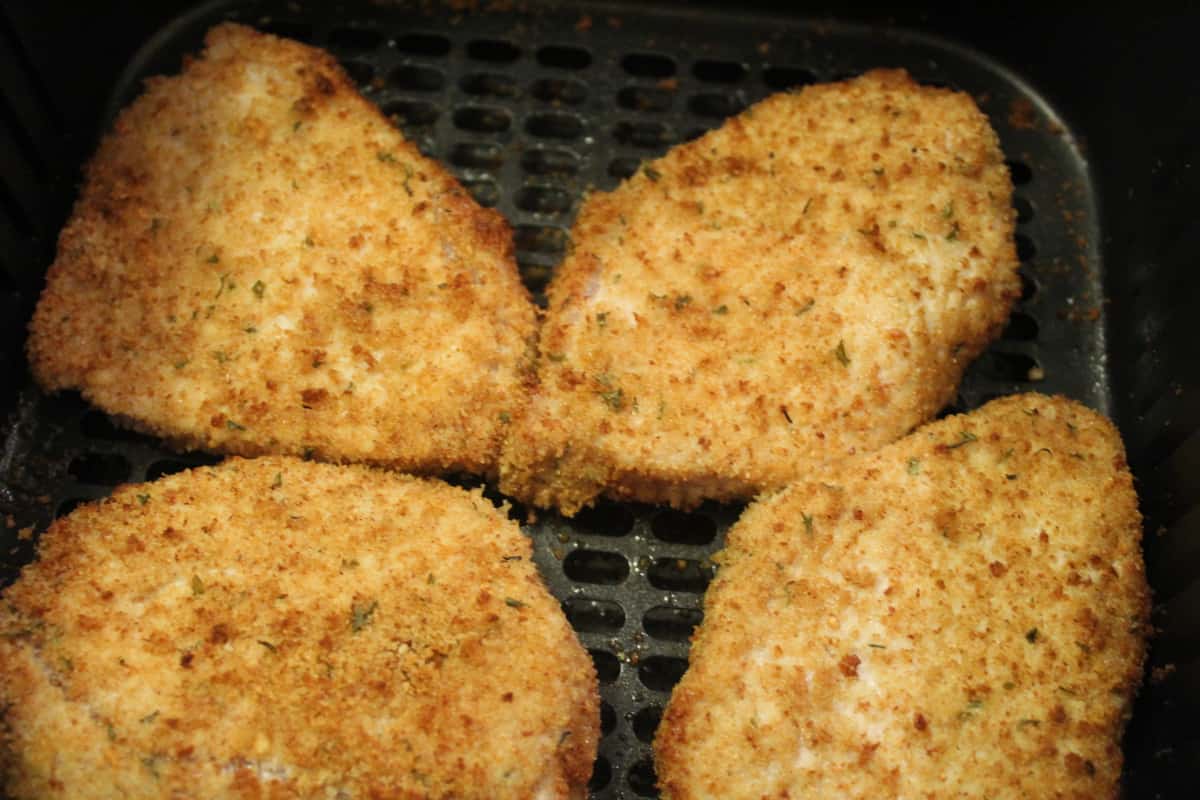 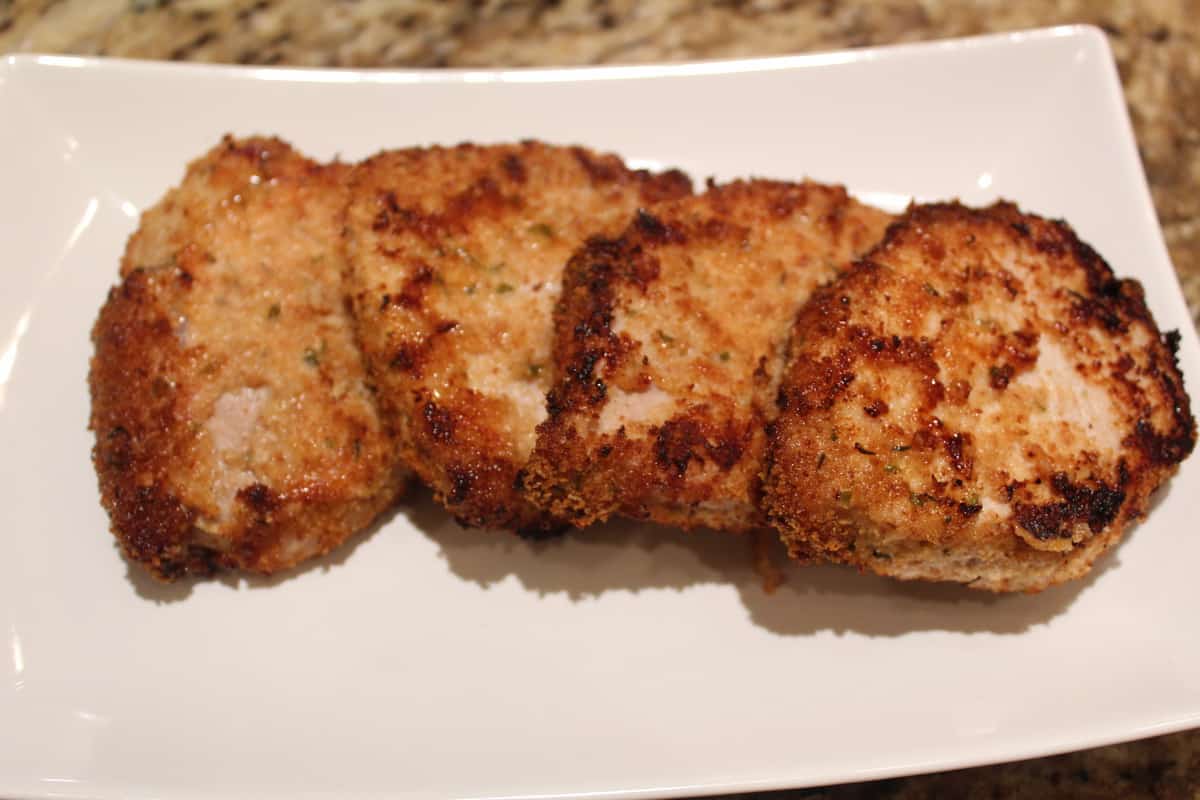 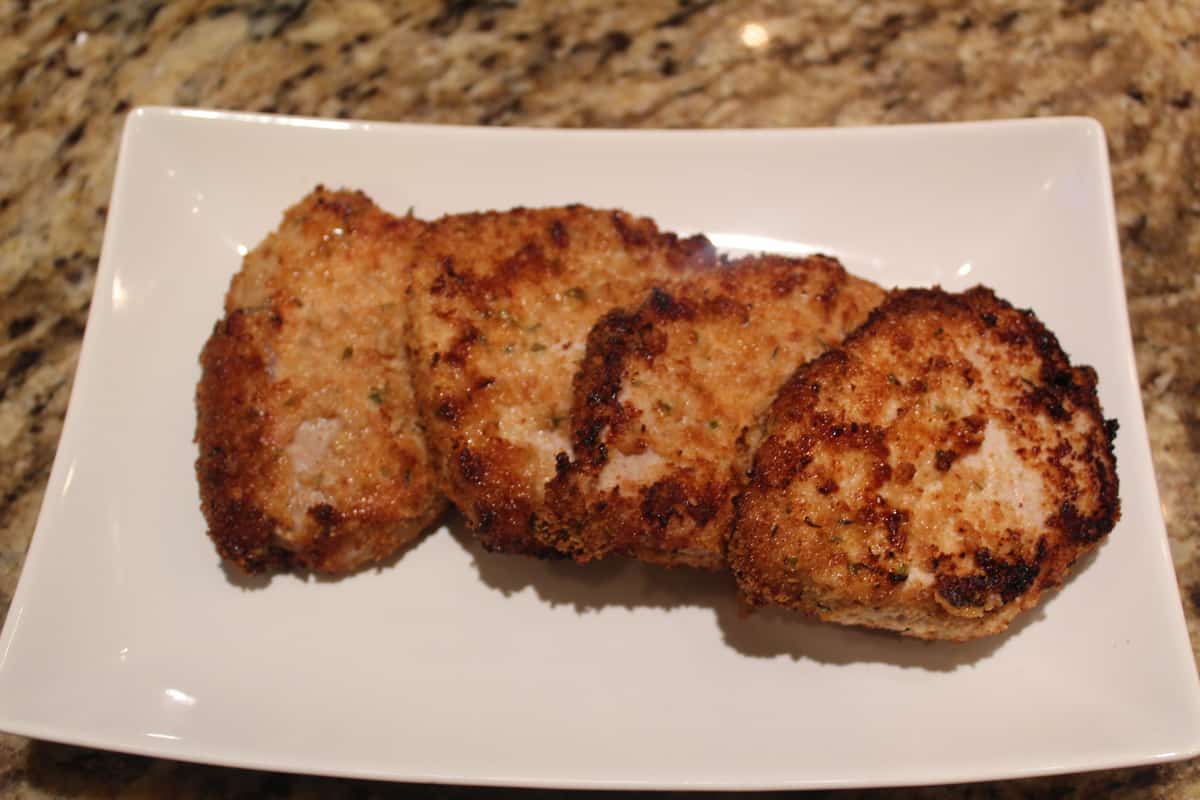 If you have an Instant Pot, I served these pork chops with Rice A Roni 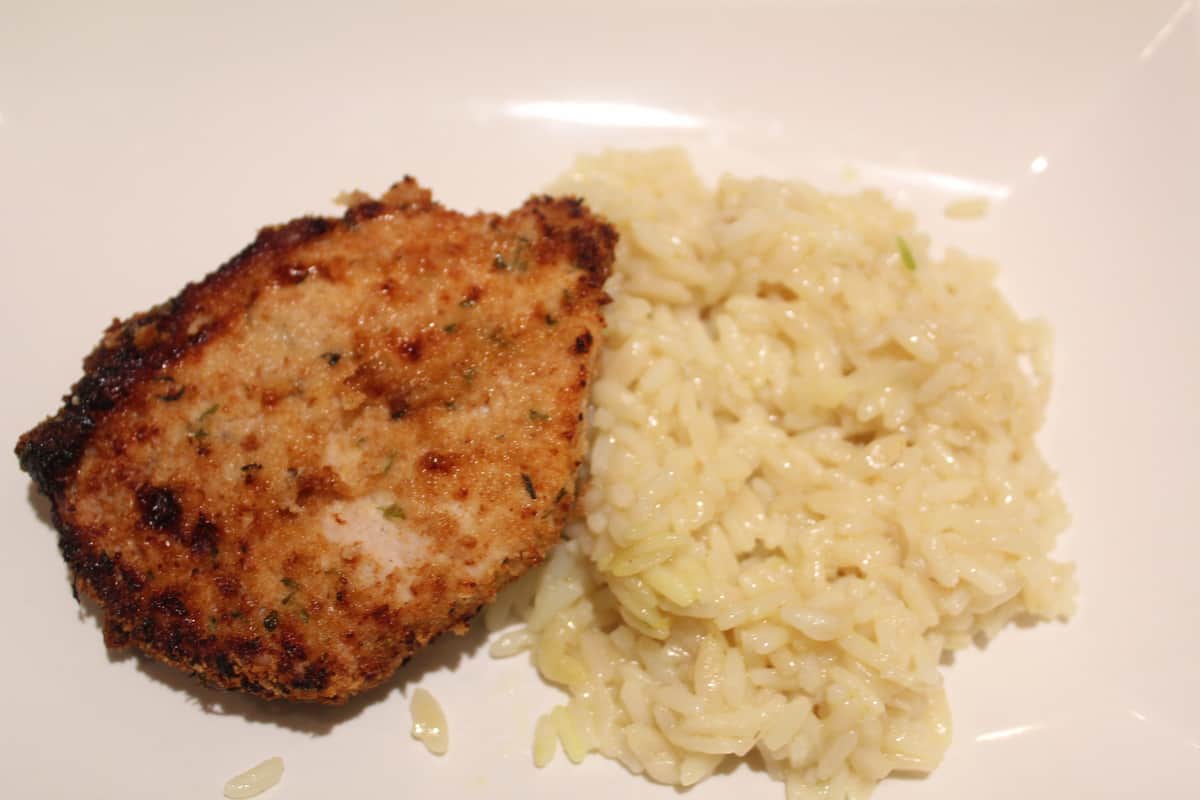 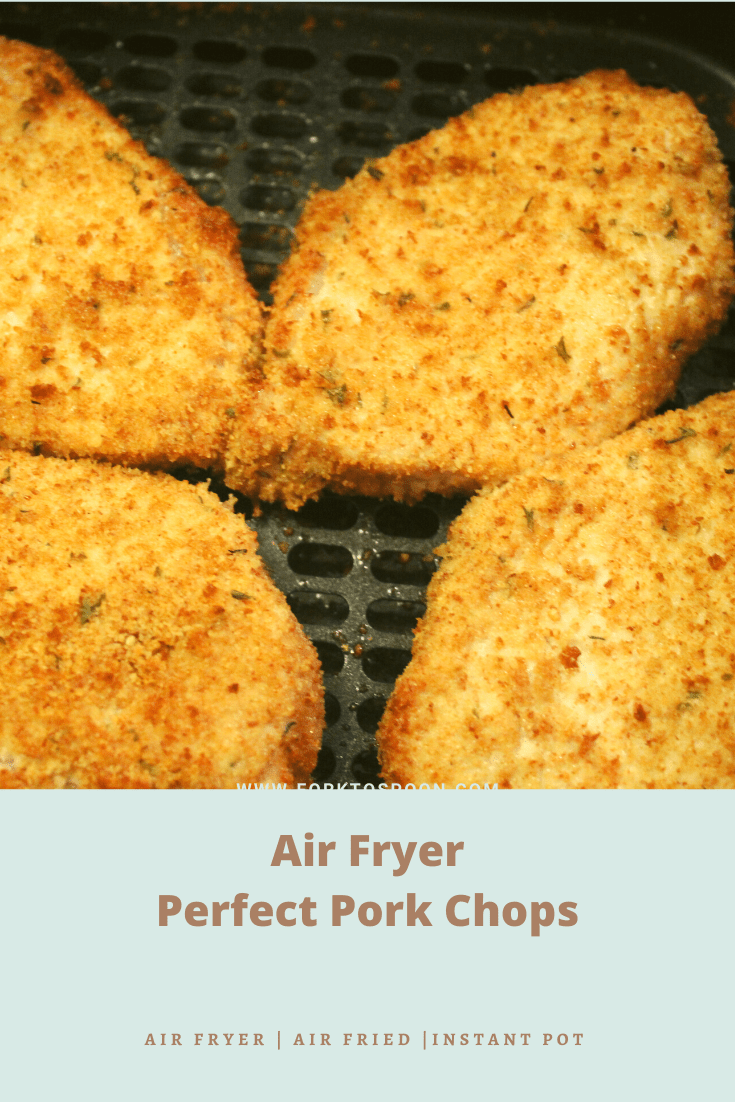