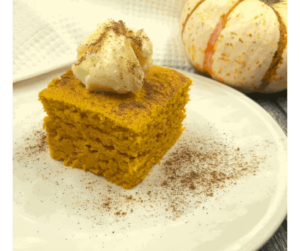 My kids love cornbread, they love it when we are at a restaurant and a basket of the cornbread comes out, before the meal. It might be the best part of the meal for them. The difference between this cornbread and the normal cornbread is that is much sweeter, that normal cornbread, as it has the sweetness of the half and half cream.

Today’s recipe is a standard recipe for classic southern buttermilk cornbread,  I just stumbled upon my cast iron skillet and thought to myself, this would totally fit in my air fryer, and it opened a whole new world to me. I was looking for the perfect cornbread recipe and I came up with this recipe, and I thought why not? Cornbread if you are not familiar with it, is a typical northern United States recipe, but has long roots in the southern part of the United States and Mexico. It was originally served by both Native American Indians, Mayans and Aztec. Given that one of the most common crops in the United States at the time, which I am sure you all heard the story of planting corn, was corn. It was also known as hoecake. Probably cooked over an open fire or over rocks. (If I remember my US History correct)

There are several common cornbread recipes, that I plan on trying, those are:

This is a classic recipe, I am looking forward to within the next few months, jazzing it up with vegetables and jalapeno peppers, because who doesn’t love a good cornbread? 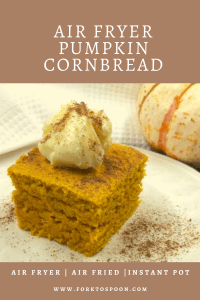 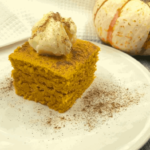 This is fabulous, just in time for the fall, the rich flavors of the Pumpkin against the great flavor of the whipped butter, really bring out the best of the fall. With just a touch of pumpkin spice dusted on top, what is better?