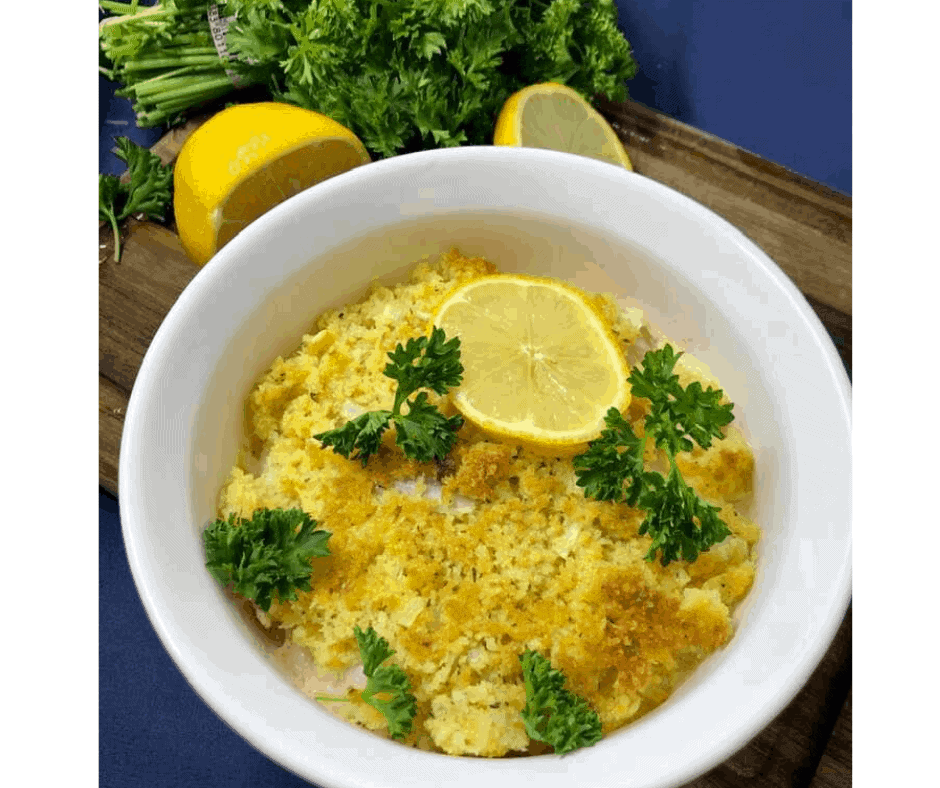 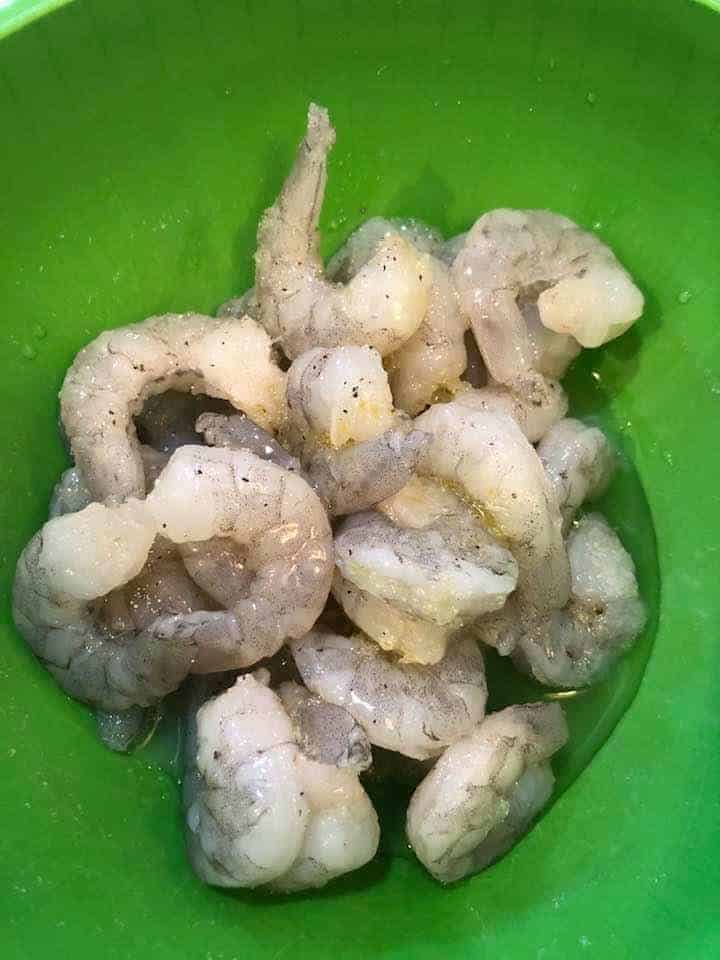 Then layer the shrimp in a casserole dish (air fryer safe) 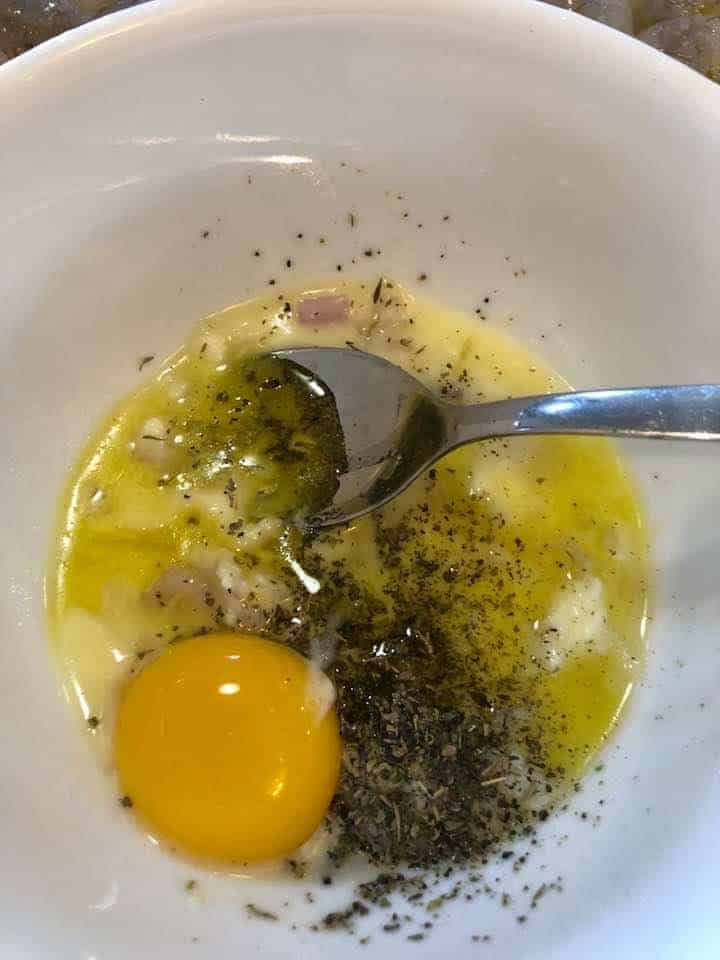 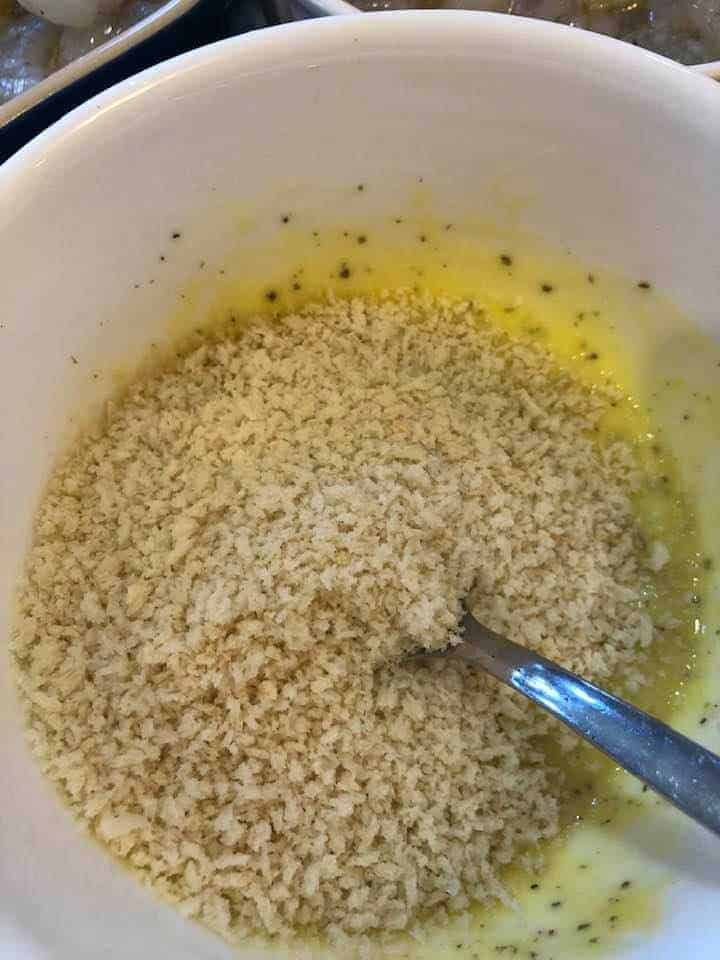 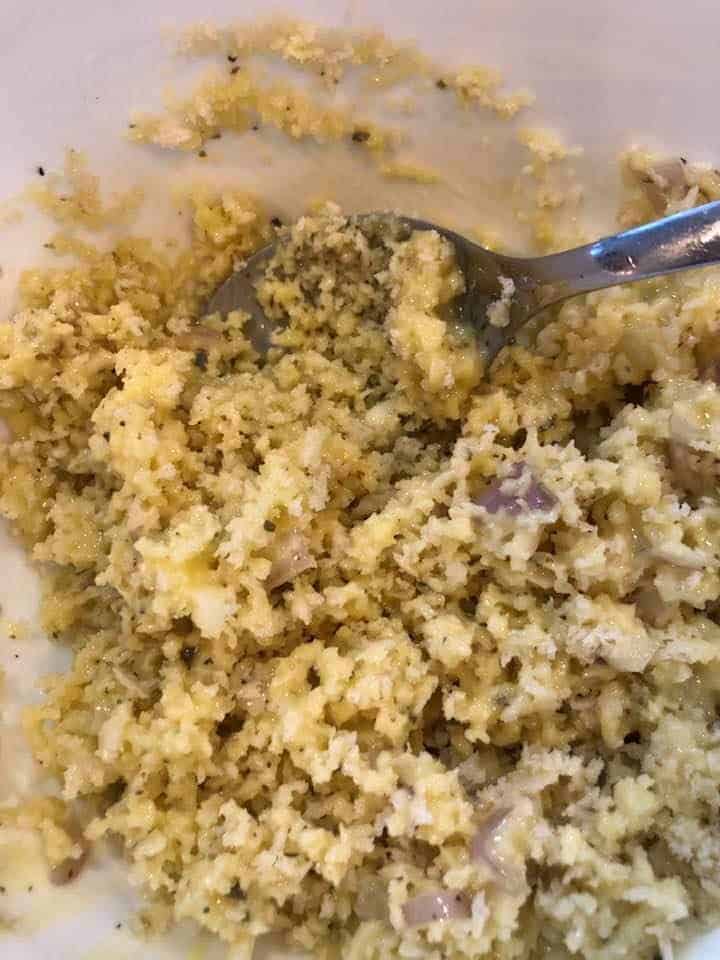 Then in another mixing bowl, mix together the melted butter, garlic, shallots, Italian seasoning, egg yolk, and panko.

Mix well, until all of the panko is incorporated into the mixture 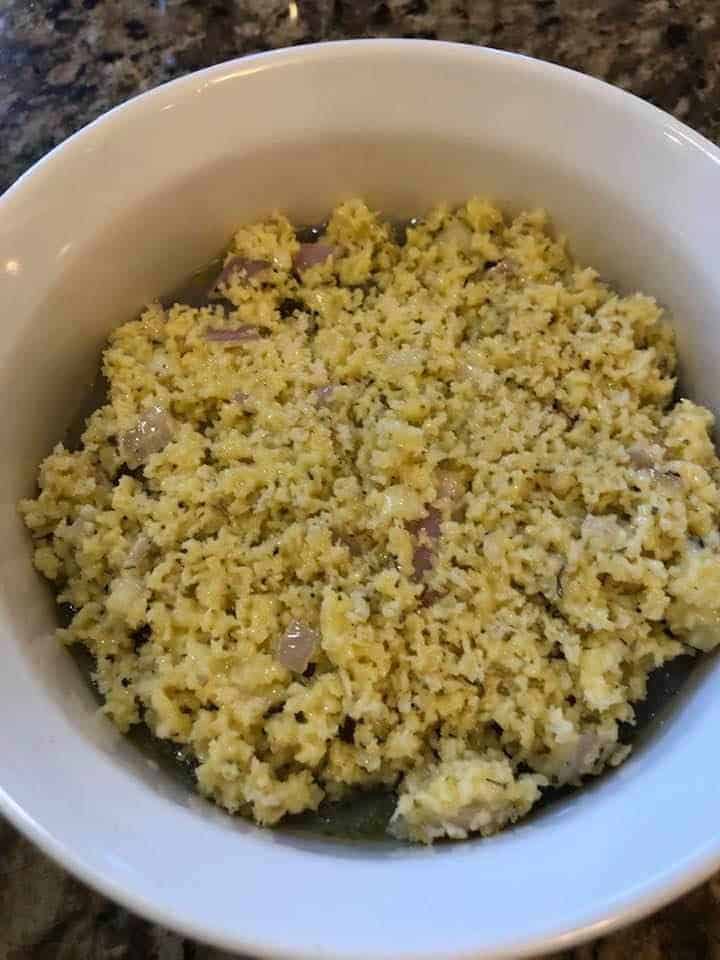 Then spread the panko topping on to the layered shrimp. Follow the rest of the instructions in the recipe below, 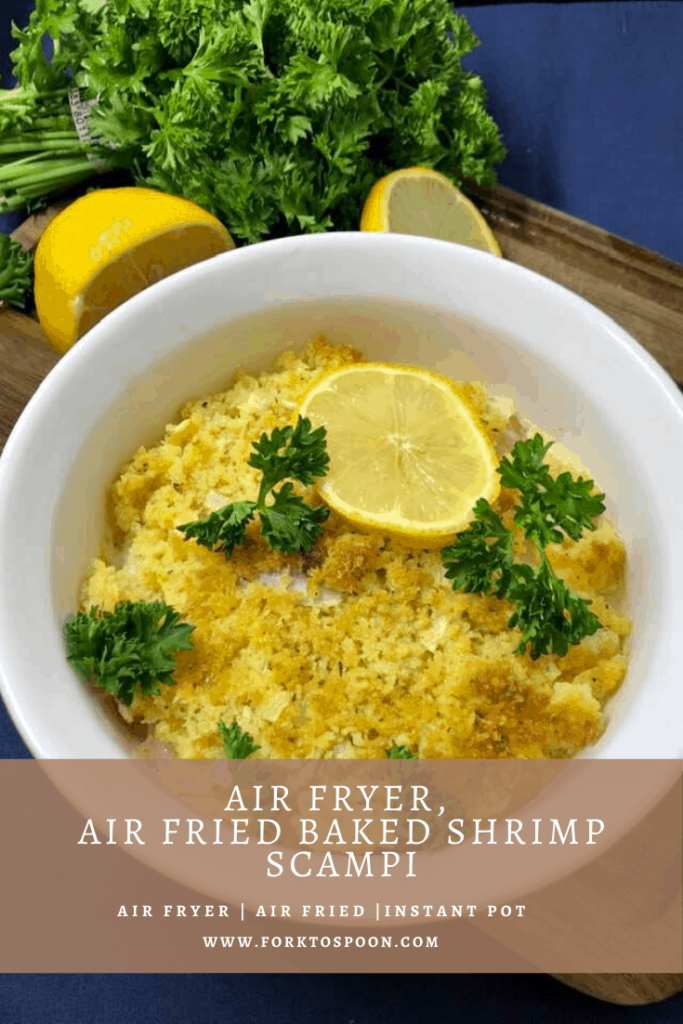 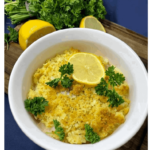 This is a classic Italian dish, usually deep fried. But today you can save hundreds of calories and lots of time, by preparing this dish in your air fryer.  The top is baked to golden perfection, it makes a great meal anytime.