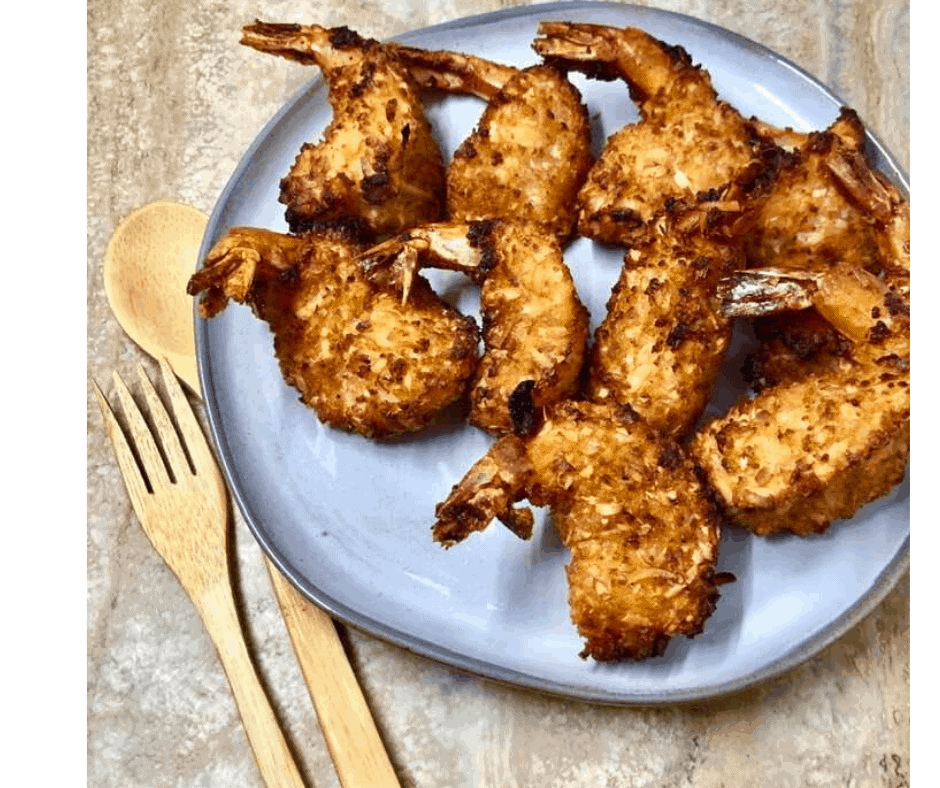 Secura Air Fryer: This is MY first air fryer, I have had it since (Amazon tells me I ordered it on August 23, 2017), It is a fabulous machine, and I always recommend it to my Facebook group, when they are on sale because it works. And to be honest, once you get into the air fryer world, you want another one for side dishes (and, I’m so hoping that is true and not just me) 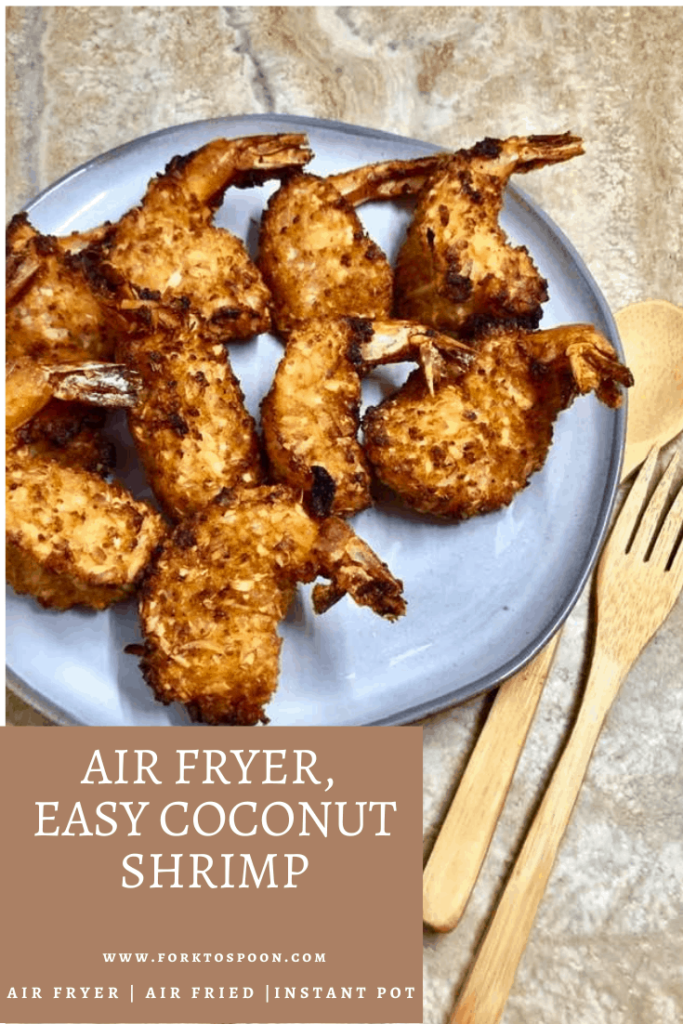 This is really a perfect air fryer recipe. The air fryer crisps the coconut to perfection, all while the shrimp remains juicy and delicious. This is a family-friendly meal, and a great appetizer.